While China may be keen to roll out its own, central bank-backed digital yuan, its regulators have recently sought to intensify their crackdown on cryptocurrency assets in the wider marketplace.

Of course, this may well be to compel users to adopt the so-called “digital yuan”, but the end result has seen a blanket ban on all private crypto transactions and mining in the communist state.

But how have the markets been affected so far, and what does the future hold for crypto assets as a whole?

The Impact So Far

China’s aggressive regulatory approach is also a collaborative one, including 10 public agencies (one of which is the central bank) and foreign exchange regulators, who also oversee and regulate forex trading activities.

These entities will work together to root out illegal cryptocurrency activity, with this also expected to have a knock-on effect for legal and transparent crypto transactions.

This represents quite a reversal for the country, with China at one time home to the world’s largest Bitcoin mines and an estimated 95% of the volume traded in global cryptocurrency markets. During this period, we also saw a number of cutting-edge crypto startups form in China, while it’s thought that the Chinese government still holds more than 120 blockchain patents at present.

Given this and the previous dominance of the Chinese crypto market, it should come as no surprise that the sector was initially shaken by the news.

In fact, the crypto market lost more than $1 trillion from its total market capitalization value, with Bitcoin (BTC), Ethereum (ETH), and a number of associated altcoins the most adversely affected by the developments.

How Will the Market Continue to Act Going Forward?

Of course, the markets quickly recovered following their initial dip, with the BTC price has risen sharply to £41827.22 ($57211.27) through early October.

Much of this is to do with the market’s in-built and growing resilience to market sentiment, with China having regularly moved to impose increasingly stringent regulatory measures in recent years.

In fact, there’s an ongoing joke that China has already banned cryptocurrency on 18 separate occasions, creating a scenario that each subsequent regulatory development has only a short-term impact on the market before normal activity resumes.

Of course, there’s a sense that the latest ban is far more sweeping and comprehensive, rather than being focused on a single aspect of trading. This could have a more significant impact on the market over time, particularly as it seems to have the full support of the Chinese government.

This means that aggressive enforcement is also likely, so the markets should be prepared for further disruption in the medium term.

Crypto traders can also seek solace in the fact that the global marketplace continues to grow at an exponential rate, particularly in undeveloped countries where there’s a large unbanked population. 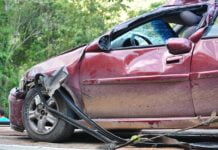 What to Do If You Suffer an Accident? 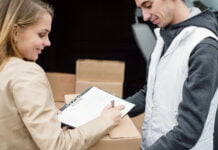 Everything You Need to Know About Courier Services

Can You Get Fired for No Reason in Canada?