Your laptop has served you well over the years, but it’s starting to slow down. It struggles to open even the most basic applications. When it does finally start your more advanced applications, the fans whirl up as if the computer is about to take off into orbit.

Statistics show that most laptops stop working the way they should after the 5-year mark. You might be able to get yours to last longer than that, but it will be a struggle. If you’re experiencing problems, it’s better to get a new laptop than trying to continue working on your old one.

We can help you with the buying process. Check out this guide to learn what you should be looking for in a new model.

When buying a laptop, one of the first things you should consider is what operating system you want to work on. There are no wrong answers here.

All the OS’s have their own special charm. Which one you decide to go with all depends on what you need your computer for.

Windows is the most common OS that you’ll run into. This means that you’ll have your pick when buying a new laptop. There are tons of them at varying price points.

Many companies make Windows laptops that serve a certain purpose. For example, if you’re getting a laptop with gaming in mind, Windows has you covered. Many developers make games for Windows PCs first.

Apple gets some games, but they’re sort of an afterthought in the developer’s minds. More people have Windows PCs, so they get to have a larger gaming library.

Windows isn’t only for play. Many of the specs available make them a great choice for business and school work.

You may not be able to run many games on Mac, but their specs are perfect for working. They have powerful hardware that makes them run like a dream. Their sleek design gives them an air of professionalism.

If you have any other Apple products, getting a Mac is the way to go. The integration system is one of the biggest reasons to go with Mac. You’ll be able to start a project on your laptop, save it, and continue it on your phone while you’re on the go.

Really the only problem with Mac, besides the gaming thing is the lack of customization. You won’t be able to swap out your hardware for more advanced versions like you can with Windows computers. If you’re only using your Mac for business or school, however, that’s pretty much a non-issue.

Chromebooks are affordable because they don’t have the fancy hardware that Windows and Mac have. They’re good for browsing through the web mostly.

That doesn’t mean that the Chrome OS isn’t functional. Chromebooks are an excellent first laptop choice for children since they don’t get viruses easily.

This being said, that doesn’t mean that they won’t get viruses at all. You’ll still need to take basic precautions. Chromebooks can also handle most school work apps without a problem.

Now that you know more about the different Operating systems, let’s talk about laptop types. Since we already told you everything you need to know about Chromebooks and MacBooks, we’re going to move on to notebooks, ultraportables, and 2-in-1s.

Notebooks are your Lenovo and Asus. Basic laptops that provide a good balance between portability and functionality. There are a bunch of them out on the market ranging from gaming computers to business ones.

You’re sure to find something that will work within your budget. As far as laptop specifications go, it varies from machine to machine.

Ultraportable laptops are designed to be well, portable. They’re lightweight and good for carrying from class to class if you’re a college student.

Since they’re so thin, some corners had to be cut. You won’t really have any USB ports to work with.

These computers can work as a tablet and a laptop. They have both a touchscreen mode and a keyboard one. They can be used in a variety of different ways.

We will say that many of the newer models don’t detach from the keyboard as the old ones do. They do still fold back, though.

It’s time to get into the most complicated part of buying a laptop. The specs.

You’ll have a lot of terminologies thrown at you that can be confusing to some. Here are the basic things you should be looking for in a laptop.

When it comes to laptop specs, you never want to pay more for things that you’re not going to use. This is especially true with the processor. If you’re only going to be browsing the web and watching videos on YouTube, you can get by with a regular old Core i3.

If you want to play all the latest AAA game titles and do video editing work, you’re going to need something a little stronger. Shoot for a Core i7.

The RAM is responsible for the laptop’s short-term memory. Any computer that has less than 4 GB of RAM won’t work the way you want it to. That’s the absolute minimum.

If you have a little bit of extra cash laying around, try to move up to 8 GB of RAM. That will allow you to flawlessly do pretty much any work you’ve got to do.

16 GB of RAM is good for gaming and more powerful applications. You can go up to 32 GB, but that’s a bit overkill if you’re not doing anything too demanding.

When it comes to graphics, you have two choices. You can either go with integrated or dedicated. Integrated graphics are built right into the computer’s processor.

It will work for pretty much any basic function. If you’re trying to play games, however, it will struggle to render what you need. You’ll have to get a computer with a dedicated graphics card instead.

Dedicated graphics cards are separate from the computer’s RAM and processor. They’re expensive but powerful. They can handle anything from AAA games to hardcore video editing work.

Standard Hard drives can hold all your files. There’s only one little problem. They’re slow.

If you’re trying to boot up a game, it will take forever. That’s where Solid-State Drives come in. They can’t store quite as much memory.

What they lack in space, they more than make up for in speed. SSDs aren’t created using any moving parts, which makes for a quieter laptop. They also don’t use up as much power as a Hard Drive, so your battery won’t deplete as quickly.

How big or small you need your screen to be all depends on what you want to do with the computer. Big 17-inch laptop screens are great for gaming, but they aren’t so good for portability. If you want a good middle ground, go for the 15-inch models.

Your screen resolution is the measure of the pixels used to render an image. The higher the resolution, the sharper the image is going to be. Most laptops come with a 1080p resolution, which is more than enough.

You can shoot for a 4K screen, but it’s not worth it unless you’re doing hardcore gaming. Otherwise, all it does is eat up a bunch of unnecessary battery life.

If you frequently move files over from your phone to your computer, you’re going to need your laptop to have a few USB ports. When you start to run out of space on your laptop, you can hook an external hard drive in using the ports, as well.

If a laptop has a place where you can insert an SD card, that’s also a plus. It makes transferring photos and other data a breeze.

If you’re a freelancer who enjoys a change of scenery every once in a while, battery life is going to be your top priority when buying a laptop.

You can’t always count on getting a seat beside a power outlet at your favorite cafe. This is where smaller laptops shine. They don’t have as much going on, so they don’t die as quickly as their bulkier counterparts.

They can give you at least 10 hours of battery life whereas you’ll be lucky to get four out of a high-performance machine. See, bigger isn’t always better.

Choosing a New Laptop to Meet Your Needs

Choosing a new laptop can be a little difficult when you’re shopping blind. Not every sales associate will have time to stop and go over specs with you. That’s why you have to do a little of your own research.

We hope that this article has given you at least a small starting point.  If you want to know more about specs and computers, check out the technology section of our blog. 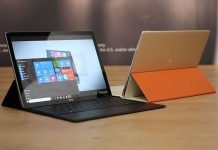 Dell VS HP Laptops- Which Brand Should You Choose