According to some research, about 20,000 people in the United States are wrongly convicted of a crime they didn’t commit.

Do you think that you’ve been wrongly accused of a crime that you didn’t commit?

If so, you might be wondering what you should do after you’ve been arrested. Thankfully, we have the perfect guide for you, so keep reading here to find out!

You should also make sure that you know what your rights are. Even if you’ve been accused of a crime, the United States Consitution recognizes that you still have rights.

Some defendants will waive some of these rights, for example, a trial by jury. They might just want to go right to the judge, but you don’t always have to. Even if you go straight to a judge, the plaintiff still has to assume that you are innocent until they can prove you’re guilty.

If you do have a jury, the jury will have to convict you by thinking that you’re guilty without having any reasonable doubt. If there is even a small amount of doubt, they won’t convict you.

This can help to protect the right of the people who are accused, but it also puts all the burden on the plaintiff to provide that you’re innocent.

Even if you’re innocent, you might feel like you need to get rid of anything that will make you look guilty, but it could actually make you look more guilty.

Plus, you should keep all evidence because it may end up helping you in your case to prove your innocence.

Sometimes law enforcement will also ask you to take tests, like a DNA test. However, you shouldn’t take that without consulting a lawyer.

While you might think cooperating will make it look better for you, the plaintiff could end up using the result of that test to actually make you look guilty.

You should also make sure that you gather your own evidence. Get any physical evidence, like videos, objects, photos, or clothing.

You should also make sure that you have all of the documents that are related to your case. Print out any letters, legal records, financial records, GPS records, or even emails. These can all help establish an alibi for where you were during the time of the crime.

You should also make a list of all the evidence that you couldn’t take from the scene. This might include things like bullet casings, objects, documents, or blood. But it can help you form a case later on.

Lastly, keep a list of anybody that was a witness to the crime. Try and get their contact information if possible to help corroborate your case.

Once you’ve gathered all of this evidence, you should hire a criminal defense lawyer, like the ones from Kemp Ruge & Green Law Group.

They’ll work to protect your legal rights, and hiring one won’t make you automatically look guilty.

They’ll be able to interact with prosecutors, fix errors in any charges, work with hostile witnesses, go through the evidence, and put in pleas to help you avoid charges.

If your case goes all the way to court, they’ll also represent you and make a good argument for why you’re being wrongly accused.

When you hire an attorney, they’ll conduct a pre-file investigation. This is when they will investigate everything around the crime that you’re accused of. They’ll have to do this before any criminal charges get filed.

To do this, they’ll talk to witnesses, find new witnesses, gather their own evidence, search background records, talk with expert witnesses, and collect information to help give you credibility.

This can be a great defense strategy because when the investigation is done, your attorney can go to the District Attorney’s office.

There, they will try to get the D.A. not to file any charges or at least file them for a lesser crime.

If they can’t get the charges dismissed, you’ll have to go to trial proceedings. There, the prosecutor will have to present evidence to a grand jury.

Before the trial, you’ll have to go to arraignment. This is where the judge lets you know what charges you’re being accused of. You can then plead guilty or not guilty, and your lawyer will help you decide what to plead.

After that, you’ll go to a trial where both lawyers will make their case in front of a jury. If you are convicted guilty, the judge will have a later hearing to give you your sentence.

These are only a few things to do if you’re accused of a crime, but there are many more things to consider.

We know that being arrested can be stressful, but we’re here to help you out.

If you enjoyed this article, make sure that you explore our website to find more articles just like this one!

Best Horse Races To Watch In The Second Half Of 2022 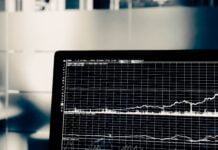 Do Statistics Help In Making Life-changing Decisions In Our Lives?