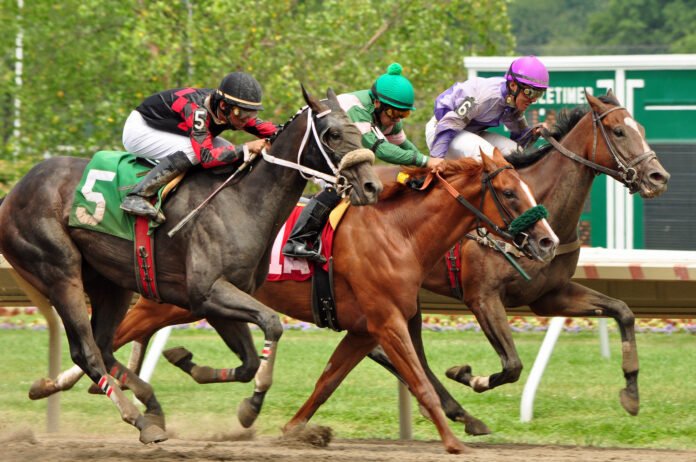 The first half of the years have flown by in the world of horse racing. There have already been some memorable moments, which include shock winners of both the Grand National and Kentucky Derby, which were both won by outsiders Noble Yeats and Rich Strike, respectively.

The Cheltenham Festival was another standout event in the first half of the year, as capacity crowds returned to the jumps showpiece event, with around 70,000 fans attending each day of the four-day festival. But, what do racing fans have to look forward to in the second half of the season?

The first big race taking place in the second half of the season comes from Belmont Park, as the illustrious third and final leg of the U.S. Triple Crown will be staged. There will be a lot of attention on the Belmont Stakes this year, with Kentucky Derby winner Rich Strike returning to the track.

The Eric Reed-trained horse was the shock 81/1 winner of the showpiece race at Churchill Downs and will be looking for a memorable second Triple Crown success. However, Mo Donegal is the current favorite after his strong run in the Kentucky Derby, while We The People will line up in the Belmont Stakes as a short selection after winning around the track in the G3 Peter Pan.

Royal Ascot is always an event that captures the imagination, as some of the best horses from around the world travel to the prestigious meeting. This year’s event will be one of the most special in recent years, as it coincides with the Queen’s Platinum Jubilee celebrations.

The big race at Royal Ascot this year will be the Ascot Gold Cup, and it should be a fascinating renewal of Group 1. Stradivarius for John &ThadyGosden will be looking to create history and become a four-time winner of the race after he fell short in his bid last year when fourth behind Subjectivist.

He returned in excellent fashion at York to win the G2 Yorkshire Cup, but this will be much tougher. His biggest danger is likely to come in the form of Trueshan for Alan King. He beat Stradivarius on two occasions last season, which included at Ascot in the G2 British Champions Long Distance Stakes. Breeders’ Cup runner-up Broome also can’t be written off after an impressive at Ascot last year.

While the dust is settling on another excellent flat campaign, the attention will swiftly turn to Keeneland in November, as the 2022 renewal of the Breeders’ Cup Classic will headline the showpiece end-of-season event in the United States. This year’s race already looks to be a much more open contest than it has been in recent years, with last year’s winner Knicks Go not in contention.

The betting for the prestigious race will likely be headed by Life Is Good, who was a very commanding winner of the G1 Pegasus World Cup at the end of January; beating Knicks Go by over three lengths.

However, the four-year-old was disappointing in Meydan on his next start, as he could only finish fourth in the G1 Dubai World Cup. A number of interesting rivals are likely to oppose, including last year’s runner Hot Rod Charlie, and Dubai World Cup winner Country Grammer.

The intrigue will also be raised, as a group of this year’s three-year-olds are likely to enter the mix, including Epicenter and Jack Christopher. Fillies could also be set to make their bid in the race this year, with Kentucky Oaks star Secret Oath and last year’s Breeders’ Cup standout Echo Zulu both also prominent in the betting.

How a Recession Changes the Way We Spend Money