The gaming world is seeing an increasing amount of blockchain action. In the latest development, Yuga Labs has announced the launch of its ApeCoin cryptocurrency. The firm already has the Bored Ape Yacht Club NFT series and this new coin will be developed around it. Besides, it has plans of developing a play-to-earn blockchain game that will be released this year. Let’s go now for more information regarding this topic.

ApeCoin is being initially set up to be used as in-game currency. It is, however, being promoted as something that could be used outside the world of Yuga Labs.

ApeCoin has received an independent entity compared to Yuga Labs. The coin will be supervised by ApeCoin DAO, a community-based organization. ApeCoin’s sales will help fund the DAO. Overall, 1 billion tokens will be made available, which will be under the control of the community members. Each token translates into a single vote.

Yuga Labs has also created a parent organization, the Ape Foundation that will be implementing the decisions for the DAO. The token is now being supported in a game called Benji Bananas, developed by Animoca Brands. It is worth mentioning, that Animoca Brands also owns nWay. It is expected that ApeCoin will become part of many more games. Some even speculate it finding application as a normal digital currency.

Key Features of the ApeCoin DAO

The ApeCoin DAO will be initially spending a part of the raised funds to develop an ecosystem around the ApeCoin token. Some of the areas where the spending will be made include:

There is also a plan to launch a decentralized NFT marketplace.

Yuga Labs will also have some voting share within the organization. It will maintain 15% of all the ApeCoins minted, while the Bored Ape Yacht Club’s (BAYC) founders will retain another 8%. After the contributors to the launch and holders of Bored Ape NFTs are given their share of tokens, the rest will be available for those who seek to buy in. There is less than 50% ApeCoin token available to those who may want to purchase.

About the Bored Ape Yacht Club

The Bored Ape Yacht Club is an NFT collection on the Ethereum blockchain. This collection includes profile pictures of apes generated through an algorithm. It was launched by Yuga Labs in April last year and is currently one of the biggest names in the world of NFT. It has recorded several million dollars in sales and the list of owners includes many celebrities.

The parent company is currently in the process of making big investments. It has recently acquired two major names in the NFT world, including Meebits and CryptoPunks. While it is focused on the crypto market, the firm has also oriented itself around gaming and other media. While BAYC may not control the new token, this launch may position it at the heart of a wider blockchain gaming world.

The BAYC is seen as a phenomenal development in the world of NFT and digital art. It has contributed in a big way to increasing the popularity of this segment of the crypto world. It is a digital member’s club and has 10,000 pictures of cartoon apes. Each picture is unique and varies in terms of rarity.

BAYC is seen as one of the outcomes of the crypto culture. It led the member’s club and the NFT trends, attracting more people to the apes and what they stand for. These apes are seen as something much more than just apes, they are treated as pieces of art.

As with other airdropped tokens, ApeCoin’s price kept fluctuating on the first day. Initially, it was priced at $10.36, but its price fell to a low of $6.21 before leveling at around $7.69 on different altcoins. Many users sold their ApeCoins at the top dollar and made lots of profits. Some made tens of thousands of dollars within hours of the launch. However, those who purchased it at the top are currently down and will have to wait before the prices rise again. Many users are surprised by the coin’s launch and have been shocked at the amount of money they have generated by selling their tokens.

How You Can Manage A Successful HGV Fleet Within Your Business 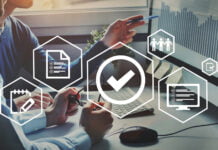