Onigiri Metaverse is a Japanese MMORPG game that is yet to have its comeback. The game developer shut down the Onigiri game in 2020, but the ancient world within the game continues to develop. The new version is a blockchain-based Onigiri that is more realistic and packed with explosive action.

What is Onigiri Metaverse?

Onigiri is a Japanese MMORPG game first released in 2013 by gaming company CyberStep. It was an online game with an abundance of creatures and storytelling. The players were able to create their avatars and interact with other players and NPCs in the world through text, voice, and avatars.

The game took players on an exploration through different areas of the Onigiri world by using their avatar to teleport to other locations. The player’s goal was to explore dungeons and complete quests, with the story unfolding in real-time through ancient Japan. During its time, it had more than five million downloads. At one point, it was the most addictive massively multiplayer online (MMO) game worldwide.

In mid-2020, the game shut down on Xbox servers, and the players gathered to say farewell. But, the CyberStep went into a collaboration project with Catheon Gaming to recreate the ancient world and resurrect it into the metaverse.

Onigiri metaverse is a Japanese MMORPG game that will be released in 2023. The main objective behind its blockchain reboot is to create a fun and explosive action and give players something they did not have in the previous version – ownership over in-game assets.

The game is still owned by Japanese game developer CyberStep, who wanted to give the title a new life through a metaverse. However, the core elements of this game remain faithful to the Japanese culture, giving it a unique and vibrant feel.

In a world inspired by ancient myths, evil does not sleep in this Onigiri NFT game on Solana. An old and nefarious enemy Kamikui has broken free from the seals, leaving chaos in his wake. Each player will be a child of the Oni world tasked to stop the evil from invading the realm. The game developer promises explosive action through boss fights, epic combat, and bonding with companions on a quest to restore balance in a new world of adventure!

Japanese MMORPG games are known for their fast-paced action and addictive gameplay. However, what distinguishes them is their unique style of storytelling. There is a certain balance in the Japanese games between action and narrative. It has extensive lore that players can read up, so they know what’s happening in the story. They also have a deep combat system where players can choose how they want to play their character.

Because of its intense combats and action, MMORPG games are a genre that is primarily popular in Japan. The country has dominated the niche since its inception, with titles like Final Fantasy and Dragon Quest.

Such is the Japanese MMORPG game Onigiri metaverse, one of the most popular titles in the country in the past few years. It is an action-packed title that focuses on fast-paced combat and creative storytelling through the metaverse world. Despite its turbulent history, Onigiri is a newcomer in the metaverse. It offers a unique experience of being in a virtual world, but it’s not just about the graphics – it’s also about the gameplay and community.

Japanese MMORPG games have a lot to offer players: they offer intensive action with an immersive story and captivating characters that make you want to keep playing it repeatedly.

How to Start a Career in Casino Game Development 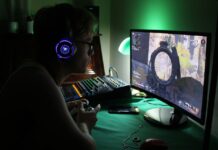 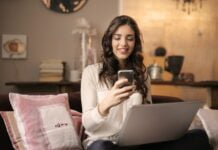